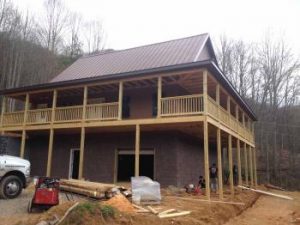 Foundation settlement is generally thought only to affect older homes. Thus, when a homeowner in Mountain City, Tennessee began to notice mid-construction settlement issues, they knew something was quite wrong. Two large cracks became visible, starting from the basement wall footings and going up to the first floor level. Afraid of the rapidly growing problems, the homeowner contacted Ram Jack Eastern Tennessee to come take a look. After determining the extent of the damages, Ram Jack proposed installing driven piles with support brackets to stabilize and prevent further damage of the back wall. Without any hitches, Ram Jack was able to install a total of 10 driven piles to a depth average of 28 ft. all within a single day. The fast and effective stabilization method allowed the construction process to be interrupted minimally. 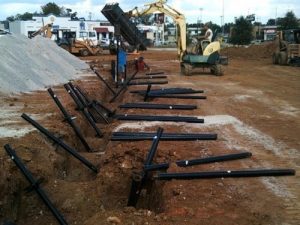