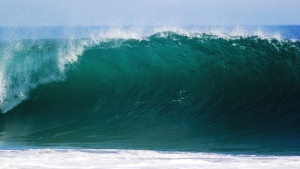 There’s nothing quite like a glass of refreshing water or a day out on the waves. From supplying cities with hydration to helping plants grow, water’s existence is paramount. But for sandy southern California, water has become even more precious.

Effects of the Drought

Over the last four years, the southwest coast has suffered severely from a lack of water, and the looming drought has called for drastic measures to try to counter the effects.

So far, there has been approximately a $2 billion loss in crops because of the drought. As for the wildlife, the Coho salmon is on the brink of extinction and as a result, fishing has been outlawed in some places to protect the endangered species. For residents, home and business owners have been asked to reduce water usage by at least 20%. To do their part, residents have limited shower-taking and car-washing, bringing popularity back to the”stop-and-start” shower technique. Residents have also been encouraged to switch to drought-tolerant landscaping – trees and plants that use less water – which means less green lawns. There’s even a competition for homeowners to send in pictures of their yard to see whose lawn is the most “golden brown” to promote water-conservation (Save Our Water: Golden Lawn Contest).

Because of the lack of moisture in the air, the smog and pollution levels have risen significantly, which have greatly impacted both people and wildlife alike. Many residents now rely on bottles of water delivered by trucks, which, while providing water to citizens, contributes to the plastic consumption and pollution emission. To help prevent pollution, homeowners have been encouraged to not burn wood in their fireplaces. However, one of the biggest concerns of residents is the significant increase in wildfires. Since there is less water to spare, firefighters have more difficulty fighting them back. 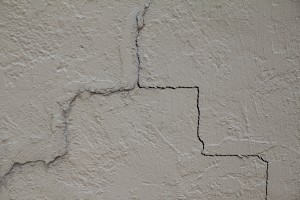 Cracks in the sheetrock of a house in Stucco show how damaging a lack of moisture can be to structures.

But there’s a deeper problem lurking beneath the surface that many home and business owners might not realize. Soils of sandy southern California have become incredibly dry, causing them to shrink – such as in places like Central Valley – and this phenomenon has lead to settlement. A lack of moisture in the soil structure causes foundations to sink, and this leads to damages in homes. Cracks in the foundation, external brick and/or sheetrock; uneven floors; misaligned doors; and other shifting are all signs of foundation settlement. Some of the damages have been severe, such as those in one resident’s house in Stucco (right image). Just like anything, soil needs a continuous, balanced amount of water to remain intact.

Although the damages to the property were severe, fortunately, the homeowner called Ram Jack Pacific. Coming out of San Diego, they assessed the situation and were able to stabilize the foundation with their impermeable steel piers. Even though the drought continues, foundations don’t have to suffer.

So if you are a resident of sandy southern California in this record-breaking drought, use water efficiently and make sure that all plumbing leaks are fixed. Leaks can go undetected for a long time and not only waste water, but also wash away the soils supporting your foundation. Instead of going for the greenest lawn, go for the conservative one – and before you scrub that new car, consider watering the soils around your foundation. Your house and the environment will thank you.