Crawl Space Contractors Near You

Pier and beam homes, generally referred to as crawl space homes, present an interesting twist on foundation failure. While many homes will still experience perimeter settlement of the foundation, the interior of the home is often where we see the most movement. This is largely due to initial construction and soil conditions, and it can lead to the need for crawl space repair.

Texas’ topsoil, heavily laden with expansive clay soils, combines with the wild seasonal cycles to create a lot of movement very close to the surface of the ground. The underside of homes with a crawl space rests directly on the surface of the soil via concrete blocks.

Typical crawl space repair involves inferior methods, including inserting wooden or steel shims between the concrete blocks and the wooden structure. While shimming may initially seem effective, it has to be adjusted every few years. 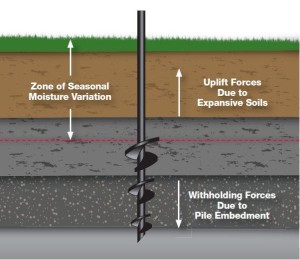 Pier and beam homes with settling will experience sagging. This means floors will sag or slope. Cracks may appear on walls. Windows and doors may be difficult to open and close—causing a hazard as well as being frustrating. Non-load bearing walls may begin to pull away from the structure along the top edge of the wall. All of these interior symptoms may point to construction problems or an even larger issue under your home.

Left unrepaired, a sagging home due to foundation issues with homes with crawl spaces will only get worse over time. Shifting beams, floor joists, wall joists, and walls themselves may cause plumbing to move within walls or under your home, causing further damage.

Our Foundation Repair Method for Homes with a Crawl Space

Ram Jack of Texas Central/South offers a permanent solution to use in place of the shim method. By installing helical piles in place of your existing concrete block footings, the interior of the home will rest on a load-bearing stratum that is resistant to seasonal changes, allowing for a consistent base for your home through seasonal cycles. 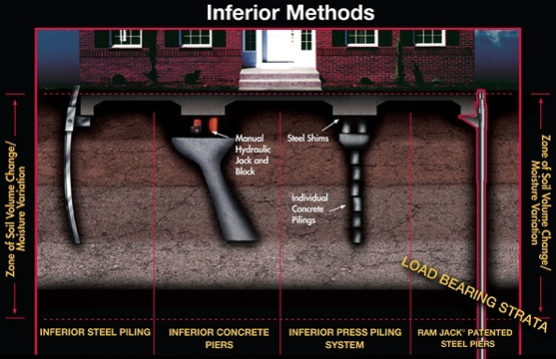 Make an appointment with Ram Jack Texas - Central/South for crawl space foundation repair in San Antonio, or start by calling (210) 970-7115.