Ram Jack recently completed a project for our customer, Mr. Jim in eastern NC. Mr. Jim was very impressed by the Ram Jack process and took it upon himself to take pictures of each step.

The home is a two storied wood framed residence supported by CMU crawlspace foundation. The first two photos show the crack in the brick, which exhibit signs of settlement, typically seen with excessive differential settlement within the soils supporting the structure. Elevation reading taken on the exterior of the home indicate the front left corner is approximately -3/8" lower than the surrounding structure. 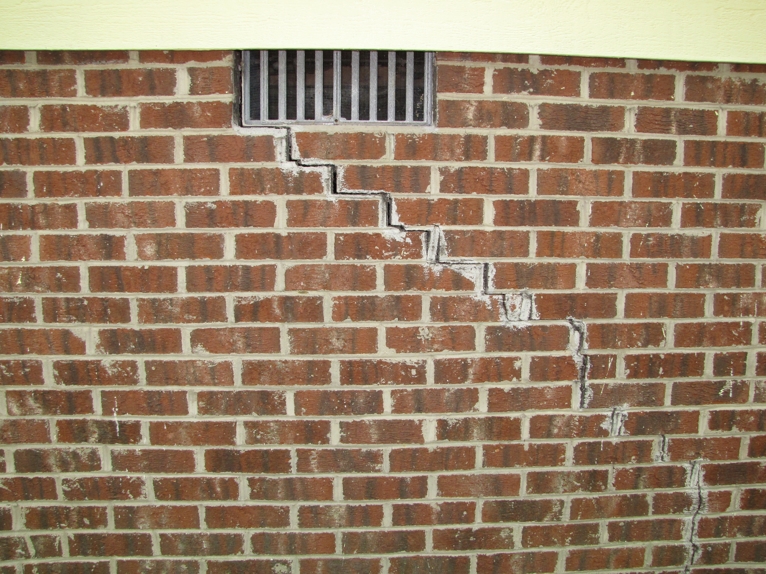 Ram Jack crews used their 'state of the art' tools to break up the large pieces of stone that were uncovered during the excavation phase of the job. Crew members were able to break and remove a lot of the brown stone very quickly. 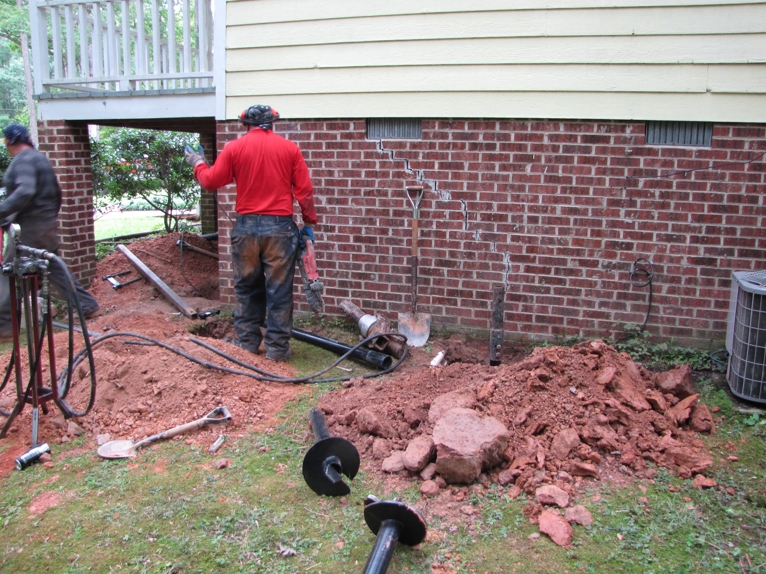 The engineer specified 3 Ram Jack helical piles be installed to lift and stabilize the structure. Below you see the helical pile that has been driven down to the pressure specified by a licensed engineer and will be used to provide stabilization under the foundation crack. 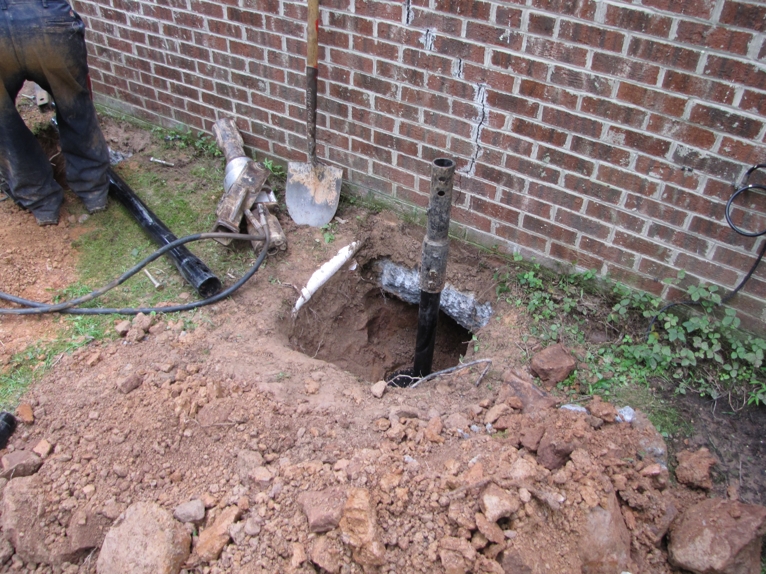 The picture below shows how the pile support bracket assembly is tailored to the precise configuration needed to provide the hydraulic lift and stabilization of the foundation.

"I particularly liked the way the foundation was lifted using the hydraulic jacks and how the progress was measured by the laser instrument as the jacking took place. It was awesome." - Jim 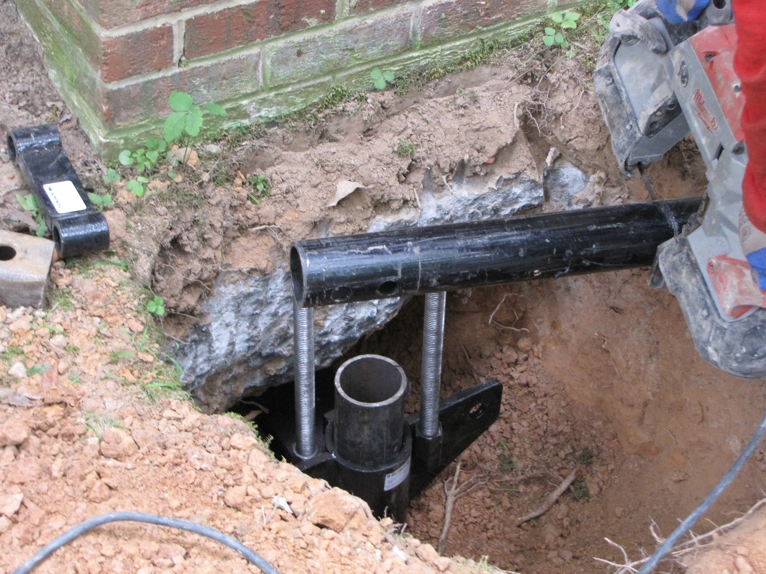 The picture below shows the bracket assembly being installed and tailored for the hydraulic lift and stabilization of the foundation. 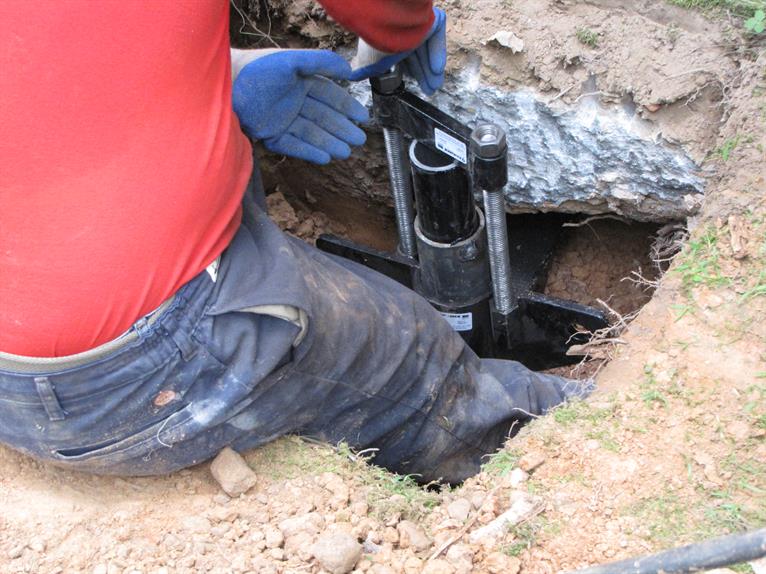 Below you can see the crew member is removing some old "filler mortar" from a previous and unsuccessful attempt to 'repair' the crack. This filler was removed to allow the crack to slowly close during the hydraulic lift procedure. 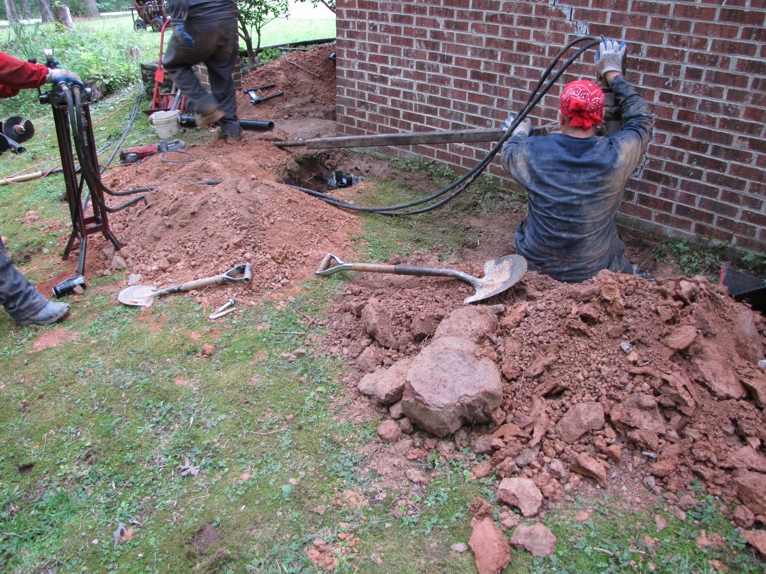 This last photo below shows the job completed and all debris removed.

"Total elapsed time to install from arrival to job to completion was about 3.5 hours! Magnificent." - Jim 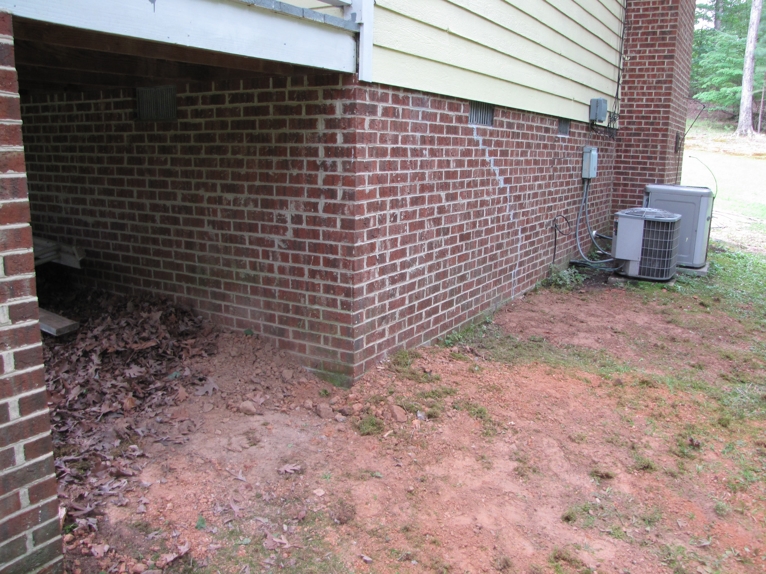