The Foundation of the Leaning Tower of Pisa 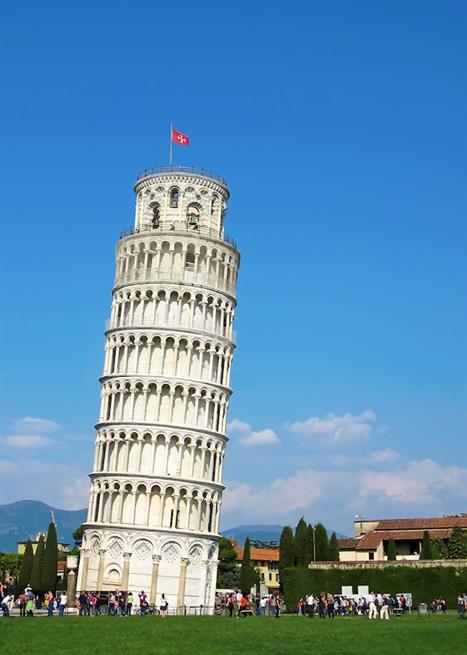 The construction of the Tower of Pisa (or as the locals say, Il Torre di Pisa) began in a small Italian town about 50 miles west of Florence on August 9, 1173. When the Tower was first built, it was supposed to be used as a bell tower. For five years, the Tower stood straight. Then, in 1178, the foundation shifted, causing it to lean.

To ensure the Tower kept its slant, 800 tons of lead counterweights were added to the base as a start. Because of efforts like this, the Tower is completely still. Since the structure last shifted in 2008, it has not moved so much as an inch, creating a secure building that is unlike anything else on the planet. People are even able to climb inside of it, engaging thrill seekers and frightening pessimists all the same.

But how was the Tower able to stay still all these years? While it might be the most famous, the Leaning Tower is not the only building to tip over. In fact, at one point, the Leaning Tower of Pisa was closed because another building in its proximity fell to a similar fate and collapse. This Tower endures for almost 850 years. Why?

The answer, as you might surmise from being on this website, has to do with the foundation the Tower was built on. While the foundation was certainly not stable (as evident by its slanty nature), it is both the cause of, and the solution to, all of the Tower’s problems and benefits.

The foundation was made of limestone and lime mortar. However, it was dug only 3 meters deep and built on dense clay, which was not a very stable place to build a 14,500-ton tower. The weight started to compact the soil until it found the weakest point and started sinking in on one side. Something very unusual happened, though: the building did not collapse. Instead, it was resting on the limestone. The limestone was so flexible, it could hold the pressure of the Tower.

What happened to the Leaning Tower of Pisa is known as foundation settling. While the foundation held for a time, it eventually settled into the position it is at today. Weather and soil will make the building sink down into a new position. Today, contractors and other foundation repair companies take this into account, which causes better built buildings with a lesser chance of shifting. Back in 1178, it was not as prevalent to account for settling.

This is why it is so crucial to have the proper foundation in the first place. If we were wanting to building something like this today, we would make sure you would have a deep foundation. A deep foundation anchors a building in utilizing piles that are driven deep into the ground. These anchors are usually provided via helical piles or driven piles. While both achieve their goals in separate ways, they get similar results.

Outside of the Leaning Tower of Pisa, limestone can be found in a lot of 19th and 20th century architecture. For a time, it was the most popular building material. Many structures from the time are built with outer layers of limestone. It also creates a light texture to the building, giving it a signature look.

However, harsh Texas weather can takes its toll on limestone. While the rock is incredibly slow to erode over time, it can break. Environmental stresses or too much shifting can cause the slab to fracture. This is a fairly rare occurrence, yet still happens, requiring slab settlement repair for your home or building.