Seawalls are amazing. On one side they repel the water from oceans, lakes, rivers and canals, and on the other side they contain the soil and keep your property intact and free from erosion, making waterfront land safe for structures and people. However, none of this works if they are improperly serviced or poorly maintained. It is very common for seawalls to show subtle signs of serious deterioration indicating the need for immediate service and repair.

Warning Signs of a Failing Seawall

If your seawall is failing or just in need of some TLC, then it’s likely that there is visual evidence of its deterioration such as: 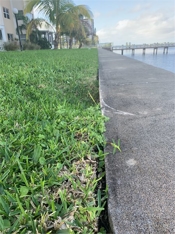 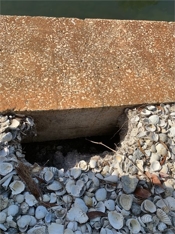 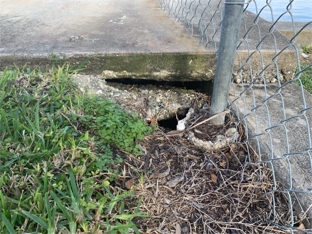 Seawall issues are complex and it’s important to understand that they will not fix themselves. Once a seawall is compromised, these problems only get worse. The small issues you see now will turn into much larger and more expensive problems later.

Early signs of seawalls failure are these voids or depressions within a few feet of the seawall. This usually means that changing tides, wave action and storms are pulling soil from the property (underground), and depositing it out into the waterway. This process creates dangerous voids under your property and is a good indication of larger future problems if not dealt with. Soil erosion must be prevented in order to protect your seawall and your property.

When your seawall is damaged, it can lead to other major problems for your entire property, such as soil erosion and structure damage; not to mention devaluation of your property. It is important to identify seawall problems early and repair them effectively, to avoid more costly repairs or replacement later. Replacement can easily cost three to four times what timely and effective service and repairs will cost: plus, a repair by Ram Jack will have a longer warranty than you will get with a company that replaces your seawall (much longer).

Because the problem of seawall disrepair can stem from so many different factors, it stands to reason that there are various solutions Ram Jack provides. Depending on the type of construction and the extent of the damage, there can be relatively straight-forward ways to repair your seawall, before it deteriorates to the point of needing very expensive and intrusive replacement.

One of the simplest and most cost-effective repairs involves injecting a polyurethane soil permeation and stabilization resin deep into the voids and soil behind the current seawall. This resin will seal and strengthen the existing soil and form a barrier of protection. This polyurethane resin fills any voids created by the tides that pull the soil out into the water and seals the seawall seams or cracks so the erosion stops. Additionally, it fortifies, bonds with, and strengthens the seawall. Filling these voids with concrete does not work. Concrete is so heavy that it will sink and either create new voids above it and or lateral stress behind the seawall. The polyurethane is light weight and doesn’t sink, but is strong enough to stabilize the soil above the seawall. This product lasts, inert, and harmless to the environment and sea life! And the impact on your property is minimal and heavy equipment isn’t needed. Ram Jack uses the very highest quality Resin Sealant available today.

Another fairly simple and cost-effective solution involves relieving hydro-static pressure issues by installing jet filters. Jet filters allow the hydro-static pressure to be equal on both sides of the seawall. Jet filters allow the water pressure to equalize and let’s water from the yard drain back into the body of water while maintaining equilibrium of hydro-static pressure. An old ineffective technique was to install a heavy-duty landscaping cloth between the soil and the wall to try and keep the soil from being sucked through the cracks. This would work until the cloth inevitably wore out and shredded. At this point the soil begins being sucked through the cracks and voids form under the yard. The cloth only delayed the problem. The jet filters and polyurethane resin eliminate it....permanently.

Leaning or Kicked-out Seawalls are Larger a Problem

A leaning or kicked-out seawall is an indication that the ‘anchoring system’ has failed and has left the seawall to stand alone against Mother Nature. This is an all too common problem in our area. One of the most popular techniques to keep seawalls in place in our area was to use regular rebar; attached to the seawall at one end, running back into the yard underground, and attached to a small block of cement at the other end (Deadman Anchor). Over time, rebar will corrode and break. Once this occurs, your seawall is freestanding, without anchoring, and due to the ebb and flow the tides, will eventually fall into the water. A repair is needed when overturning or kicked-out occurs in a very timely manner.

Repairing an overturning or kick-out seawall usually requires excavating the soil on the inside of the seawall so that the wall can be made vertical again. Once vertical, a patented Ram Jack helical pile anchoring system is put into place. Basically, an American made steel helical pile (melded with a patented process to never corrode), is driven through the seawall deep into the land on the property side until the torque is strong enough to hold the seawall in place permanently. If overturning or kick-out of the seawalls is detected soon enough, excavation is not necessary, and Ram Jack can simply lock the seawall in place...permanently. Only Ram Jack has a Double Lifetime Transferrable warranty. 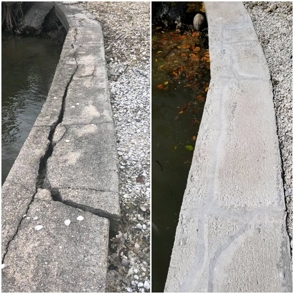 The seawall cap is a critical component of the overall seawall structure. The seawall cap holds the panels together in their installed positioning. The formation of cracks in the seawall cap can lead to devastating structural damage. Repairing seawall cap cracks early is critical. Ram Jack has the best solutions for seawall cap repairs.

Established in 1968, we have developed and refined our engineering techniques and received numerous patents. From the beginning, we committed to treating our customers with honesty and integrity. The foundation of our business has been to make sure we communicate honestly and fully about the problems and solutions of a project, and to make sure that we have 100% customer satisfaction at the completion of every job.

Today, Ram Jack employees are thoroughly trained in the evaluation and diagnosis of seawall problems and are also trained in the ‘correct’ solutions required to provide a permanent solution for seawall repair.

Strict quality control and specifications ensure that Ram Jack products virtually never fail. This coupled with the fact that Ram Jack uses only highly engineered American steel, means that whatever products are installed as part of your seawall solution, they are of the highest quality. This is the reason that Ram Jack offers a lifetime limited warranty of its helical tie-back anchor system and professional installation.

For any seawall solution to be effective the site must be properly evaluated and the correct repair methods must be employed. Inferior products or techniques can work in the short-term, but very soon, you’ll find yourself back in the same situation (or worse), with a failing seawall in need of repair. Fixing your seawall properly the first time insures that you won’t have to worry about it ever again. You can talk to your Ram Jack consultant to learn more about the problems facing your seawall and the best solutions for those problems.

Interested in our seawall solutions and repairs in Fort Myers and surrounding areas? Call (239) 330-4348 or click here to request a free inspection!

Request an Appointment
View All Testimonials