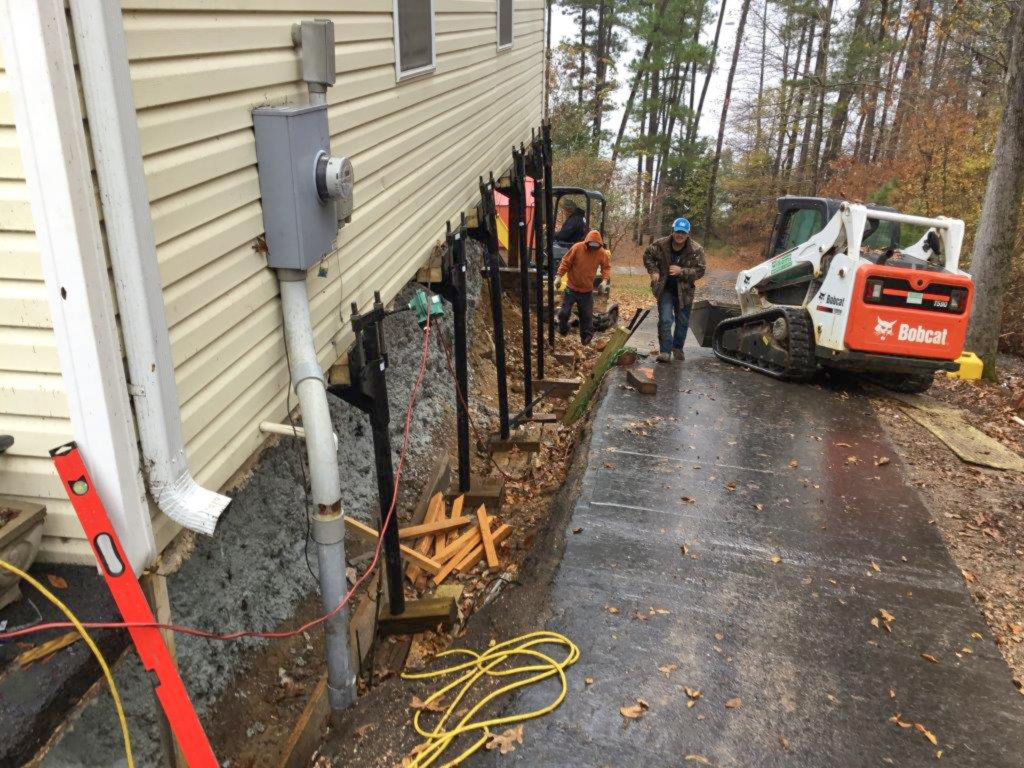 Big Sandy is home to a range of single family homes. The Ram Jack team received a call from a contractor regarding an emerging problem with a property located on Kentucky Lake, Big Sandy, Tennessee.

PROBLEM
A car port had been turned into a garage with living quarters above. Unfortunately, the foundation appeared to be a floating slab that was settling. No footer was present. The garage apartment has a cross-tie wall as a foundation. It was in an alarmingly poor condition. The cross-ties were deteriorating, causing the wall to separate and bow out. Upon receiving this information, Ram Jack and the contractor arranged to meet at the property for an appointment one week later. While on his way to the appointment, the contractor contacted Laurie Beals of Ram Jack Tennessee to inform her that he could not handle the job. Ram Jack met with the building’s owners who were struggling to find someone to resolve their issues.

PROPOSED SOLUTION
It didn’t take Ram Jack long to see that the job would be a risky one, but still: they saw how desperate the building owners were for help and did not hesitate to propose a solution. Ram Jack swiftly proposed the removal of all cross-ties surrounding the building, while temporarily shoring with Ram Jack driven piles as necessary. They went on to build a new foundation per building code. The team also saw the need to fill the void under the garage with high-density foam.

OUTCOME
The project went as expected. Ram Jack began on the right side of the structure, removing all cross-ties. The area was supported by Ram Jack driven piles with guide sleeves. The team dug a new footer for code and replaced the cross-tie wall with new CMU grouted blocks. The team then moved to the left side wall and repeated the process again. Once the structure was secure on both sides, the team repeated the same process on the rear wall. Ram Jack is always up for a challenge, and this project was no exception.