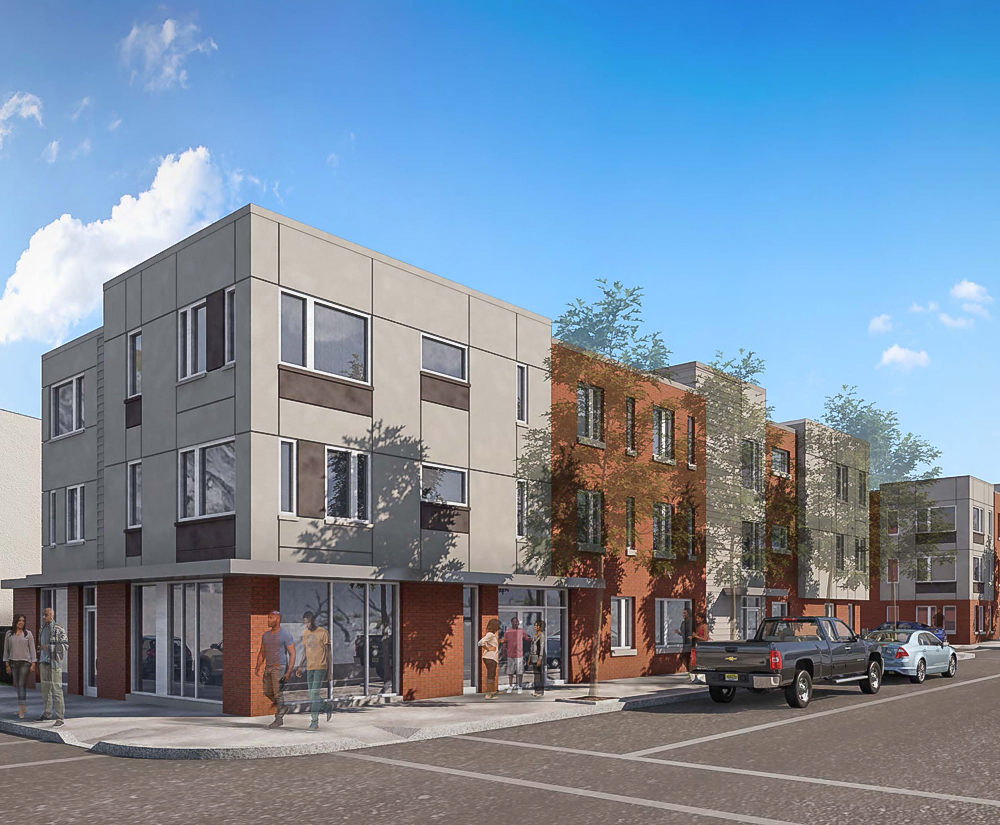 The North Central Choice Neighborhoods, part of the U.S. Department of Housing and Urban Development (HUD), received a grant for a new development in Philadelphia, PA, to provide mixed-income rental and homeownership housing units. In the development location stood a group of building lots that contained large amounts of fill materials and debris.

PROBLEM
The debris from old homes that had been torn down several years before plagued the lots. Although some debris could be removed, fill materials could compromise future structural foundations.

PROPOSED SOLUTION
The team at Ram Jack was contacted to propose a solution. After analyzing the building lot, the team quickly identified the need for new construction helical piles to be installed. They would need 728 piles in total. Ram Jack commissioned the assistance of Larsen Landis – structural engineering experts in Philadelphia. Together, Ram Jack and Larsen Landis provided two load tests in order to verify the
capacity. The team would possibly need to perform some pre-drilling in certain areas before the helical pile installation could begin.

OUTCOME
Ram Jack Tri-States needed to install new construction helical piles to carry grade beams and column loads for new houses to be constructed upon. The team went ahead with pre-drilling for certain sections when they encountered old rubble stone foundations that stood in the way. A total of 728 piles were used, with an average pile depth of 24 ft. The team required loads of 40 kip (allowable) and 80 kip (ultimate). The Ram Jack team maintained impressive productivity and dedication throughout the entire process from start to finish. The team moved so swiftly that the workers on site found it challenging to keep up with them. The concrete crew always battled to keep up the pace. The job was successfully completed and was the result of 100% union labor.