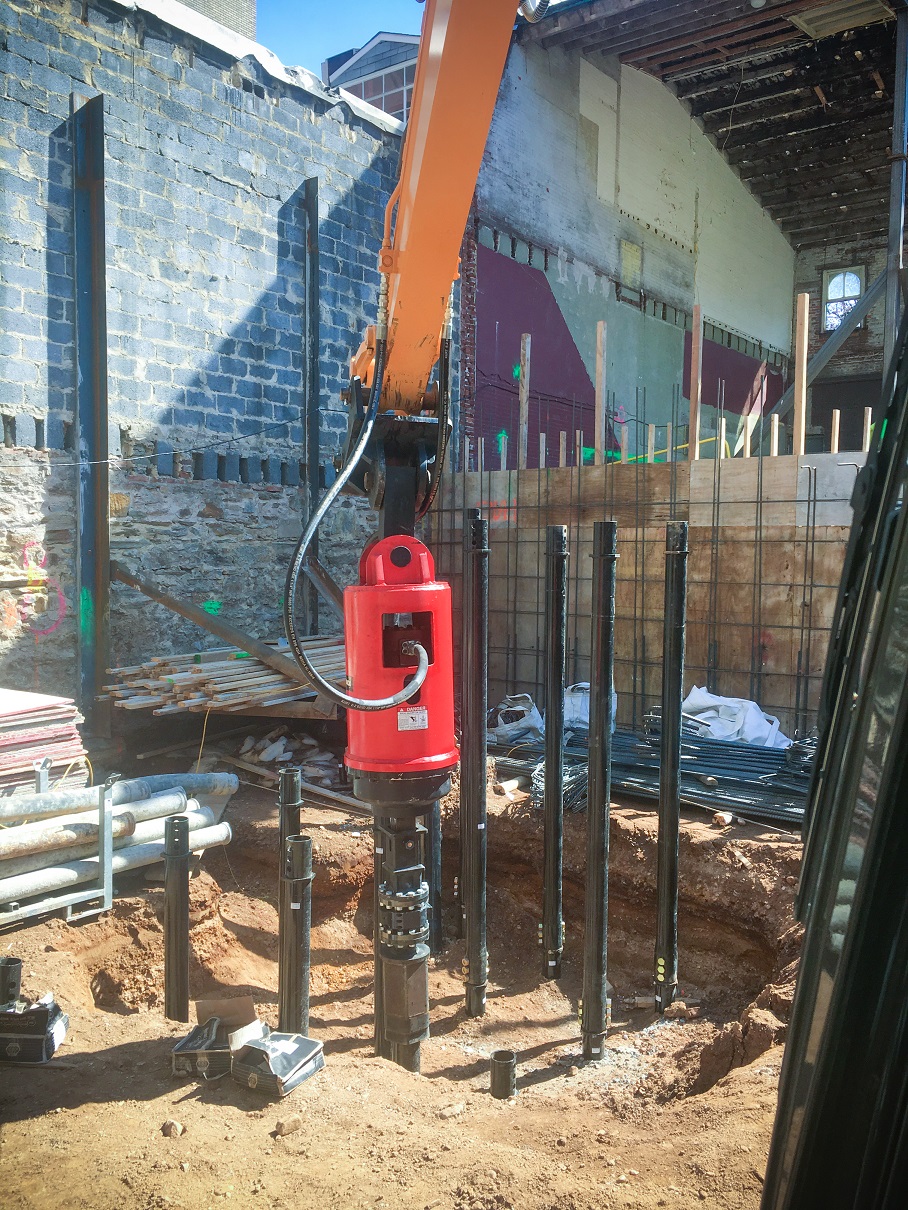 PROBLEM
The Walnut Street project is a nine-story condo building originally designed with concrete footings and steel columns. Fill material was determined in the soil boring to a depth of 14 ft. There were column loads as high as 1.8 million pounds.

PROPOSED SOLUTION
Working with the engineers, Ram Jack suggested using 276 helical piles to support the concrete structure. Working on the building in rotation with other trades, the plan was for Ram Jack to drive 5 1⁄2 in. and 3 1⁄2 in. helicals beneath the existing structure.

OUTCOME
Over the course of four months, during seven mobilizations, Ram Jack worked with other site contractors to install pile caps and grade beams to the all-concrete structure. After site contractors removed the rear wall of the existing structure and underpinned the existing stone walls, Ram Jack was able to drive helical piles beneath the existing building. Engineers relied on Ram Jack’s ability to custom-design installation plans as well as custom-manufacture steel piles.