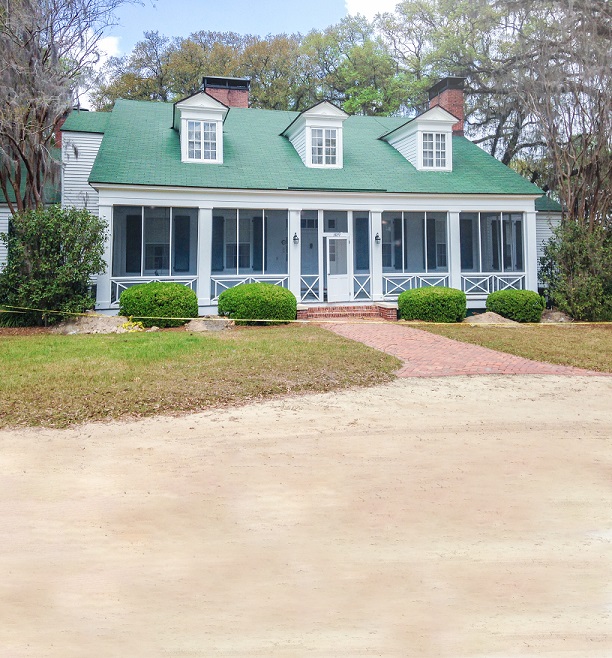 Once the personal residence for Robert Woodruff, the man accredited for the success of Coca Cola, the “Coca-Cola mansion” sits on a 29,000-acre estate in Newton, GA. The home, an off-grade structure, was built using a pier and beam technique with a perimeter spread footing. The home was built over the top of very brittle Karst rock that was prone to weathering. As a result, the home has experienced quite a bit of shifting throughout the years.

PROBLEM
The supervisor of the estate, a civil engineer, searched for a solution. A myriad of surface repairs ranging from new CMU piers being installed, to new footing and timber reinforcements were implemented. After many failed attempts to stabilize this historic home and thousands of dollars spent to no avail, the site engineer contacted Ram Jack Solid Foundations: He used helical piles at a previous job and thought helicals would be the proper solution. The exterior perimeter piles would use a modified helical tip to bust through the brittle surface of the soil and could be installed with an excavator. Ram Jack’s evaluation took into consideration the ability to drive the helical piles in the crawl space; “crowding” could become an issue. After a site visit with the crew to perform on-site testing to ensure working in the 3-ft. crawlspace wouldn’t be an issue, Ram Jack was confident in its repair plan.

PROPOSED SOLUTION
A total of 88 original brick piers supported this home, and all needed to be addressed. Around the perimeter Ram Jack installed brackets to the existing spread footing. Under the home, Ram Jack used 2-ft. piles with a crawl space bracket. The original plan was to temporarily shore the interior after the exterior was underpinned, then remove each original brick pier and replace with a steel helical pile. However, while on site, the Ram Jack supervisor and the Research Center Engineer made the decision that instead of removing the existing piers, they would remain in place with a pile installed on each side of each brick pier. This reduced the project time to four days.

OUTCOME
Ram Jack installed a total of 88 steel helical piles on this project to an average depth of 14 ft. This is quite an improvement to the original 2-ft. deep footings that were failing. Ram Jack recovered about 2 in. in select areas, allowing racked doorways and windows to once again open and close because of the previous settlement.