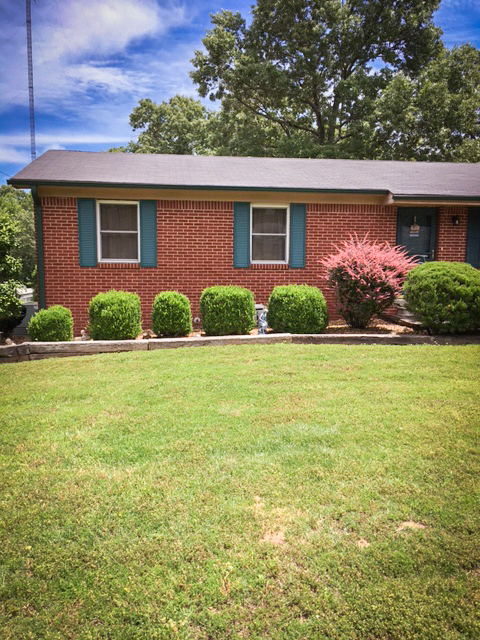 Acquiring a home that has been in the family can be a pleasant experience that evokes good memories and sentimental thoughts
of the previous homeowner. Unfortunately, older homes sometimes come with their own problems as one Tennessee couple soon learned.

PROBLEM
A family home repaired 30 years ago by inferior methods began showing signs of foundation settlement—again. The bricks were both cracking and bowing away from the house. Previously, contractors thought that by removing the bowing bricks and pouring additional concrete on the footers would solve the problem. This method proved to be a temporary solution.

PROPOSED SOLUTION
Ram Jack Tennessee performed a thorough evaluation of the property; the house had settled in some areas by as much as two inches. Consequently, some degree of structural damage occurred to the outer brick walls in various locations around the house. Ram Jack proposed 10 helical piles should be installed around the footing in an effort to recover the home’s foundation.

OUTCOME
Ram Jack Tennessee achieved complete recovery and was able to roll the bricks back into their original locations. The cracks in the brick walls were eliminated. The entire project was completed in a day and a half. The owners, Mr. and Mrs. McNutt, stated that they were very pleased with the entire project, the employees were professional and courteous, and everything was explained in detail before the project began. The owners chose Ram Jack because of their extensive knowledge of foundation repair solutions.