Stabilization is imperative to life. It provides that welcomed and trusted sense of reliability. If your job’s corporate success is unstable, you might not be able to fully rely on consistent paychecks. The same idea is true with foundations.

When houses lose stability due to foundation issues, homeowners can’t rely on their homes to be safe. That is where Ram Jack comes in to help. Ram Jack has consistently worked to restore that sense of structural reliability to homeowners everywhere.

When inferior foundation repair failed for a home in Hoover, Alabama, homeowners turned to Alabama Ram Jack. The concrete used in the previous repair was insufficient to support the weight of the house. Thus, Ram Jack proposed using steel piles. Unforeseen circumstances were encountered, changing the plan slightly. However, the alterations did not affect Ram Jack’s work. In all, five helical and 13 driven piles were installed deep into the ground, stabilizing the home. 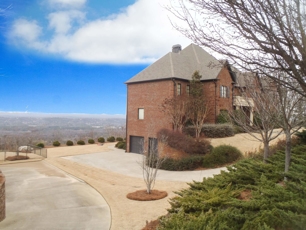 On the surface, everything looked fine – but underneath, something was amiss. The three-story house was new and provided a great view of the countryside. But soon, the homeowner discovered a fault that left no room for second-guessing: the home’s foundation was settling. Knowing something had to be done, the owner requested that Alabama Ram Jack come take a look. Working with the homeowner, Ram Jack created a cost-effective repair solution. In the end, steel frames with helical piles were installed to fully stabilize the house.

A home in Florence, South Carolina began showing serious signs of foundation settlement. At first, it was only a few cracks in the exterior brick. But soon the walls began separating from window frames, posing major structural concerns. Knowing the damages would only get worse, the homeowner contacted Ram Jack South Carolina. Taking into account expense and feasibility, Ram Jack installed two helical and 17 driven piles underneath the foundation. Most of the exterior cracking was closed and the home was permanently stabilized.