When it comes to a lack of structural support, the job of stabilization is not always a walk in the park. As much as anyone would like to be able to repair or stabilize their home or business easily, due to multiple factors, it can become a seeming nightmare. Remote locations, commercial restrictions, business uptime and existing, inferior structural support can all increase the price and complexity of structural stabilization. Many foundation repair contractors are often hesitant to take on such complex jobs. But when it comes to difficult circumstances, Ram Jack is always up to meet the challenge. 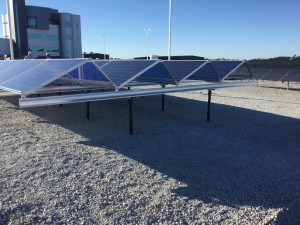 When vehicle access is limited, any kind of mechanical installation job is difficult. One such project was at the Berryville Solar Field, in Berryville, Arkansas. Several Tenk Solar Panels were to be installed at the plant, which would all be supported by a “rack” mount system, utilizing helical piles. Due to the remoteness of the area, one of the biggest challenges would be getting a concrete truck on-site. After Ram Jack accepted the job, another difficulty faced was a layer of rock that had to be drilled through before the installation could be completed. But despite the difficulties, Ram Jack Oklahoma & Arkansas successfully installed 14 helical piles in only one-half of a day’s time. 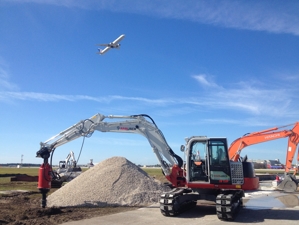 Highly secured areas always present potential problems when extensive repairs are needed, especially when, in addition, business uptime cannot be interrupted. This was the case with the Orlando International Airport in Orlando, Florida. A large box culvert, used to prevent flooding at the airport, had suffered settlement over the last twenty years and needed repairs. This project had to carry on during normal business hours, so Ram Jack Foundation Repair – Jacksonville had to work alongside incoming and outgoing planes, in a highly restricted area. During the course of ten days, Ram Jack installed 44 helical piles to stabilize the abutment structure with no interruption to daily operations.

Both home and business owners know that repairing or stabilizing a structure can be tricky. This is even more true when the structure has historical and sentimental value. Such was the case with the Limestone County Courthouse in Athens, Alabama. The historic building was about to undergo remodeling and as such needed adequate support to be able to handle the additions. So, Ram Jack was approached with the job of stabilizing the historic structure. To make things challenging, the contract included that third-party inspections would have to take place on a consistent basis. During installation, Ram Jack came across existing footings which increased the complexity of the job. In addition, because of the limited space, Ram Jack workers had to use handheld drivers to install the piles. But despite the setbacks, Alabama Ram Jack was able to finish the job. In a total of 14 days, at an average depth of 24 feet, 61 piles were installed to stabilize the courthouse.

When extensive installations need to take place in environmentally-sensitive areas, things can get tricky. Managers of a park near Bethany Beach, Delaware, wanted to construct the Bethany Beach Boardwalk, which would allow visitors to experience the park first-hand. This

boardwalk would go through a large portion of the park, connecting the nearby beach to the indigenous salt pond. So, they contacted Ram Jack to install supports for the new walkway. The difficult part was in the restrictions of working inside the swampland. Ram Jack Tri States was told not to disturb any of the ground more than one foot on either side of the walkway, as well as to watch out for any wildlife that might stop by. With diligence – and the help of tall boots – a total of 136 vertical piles and 68 tiebacks were installed to stabilize the to-be boardwalk without any disruption to the surrounding environment.

Whether in residential or commercial applications, Ram Jack is up to the challenge. If you have a stabilization project in mind, contact Ram Jack today!