A new year has always meant new beginnings. For some, it brings planned changes. 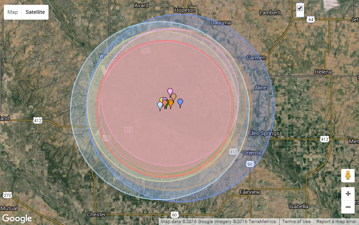 But for others, such as Wichita, Kansas, a new year brought the unexpected. Before 2016, the city of Wichita had neither needed nor used its recently adapted Earthquake Response Plan. But on Thursday, January 7, the response was used for the first time, as 18 earthquakes are reported to have shaken the city during the night. Although located more than 100 miles southwest of the city, Wichita residents felt the impact of two particularly strong earthquakes, with magnitudes of 4.3 and 4.8, according to KWCH.com.

The sudden activity caused several disruptions to the city, such as tables shaking, chairs moving, and city water lines breaking. But as city workers quickly moved in to assess the damage, they found indications of more significant problems. Several buildings were found to have cracks in them. One of them in particular, the Patrol East building, suffered a major crack in its cement floor. Although appearing to be superficial results of seismic activity, the cracks discovered are clear signs of foundation instability. Foundations rely on solid, non- 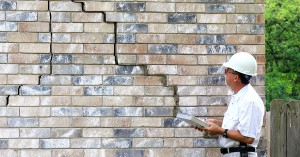 shifting soil to be able to support structures. When soil levels are compromised, such as by shifting, foundations sink and cause the walls of their structures to crack, and pull away from each other. Cracks in walls or floors can often indicate a damaged foundation, especially in the case of earthquakes. This lack of support can cause sloping of floors, doors and windows to not close, exterior and interior cracks, and it can even lead to major, sometimes irreversible, structural damages. Fortunately, for the residents of Wichita, the local Ram Jack crew is prepared for this type of crisis. Customers can benefit from Ram Jack’s 40+ years of experience in repairing damaged and sinking foundations. Despite the unexpected, home and business owners can rest assured that foundations will remain strong. Ram Jack’s foundation specialists will evaluate your home, providing an elevation profile of your entire structure. Contact Ram Jack Wichita today for an evaluation.
Posted By Susan Ragland
Categories: