Nothing is quite as troublesome as unexpected problems, especially when it comes to homes. If unforeseeable circumstances cause major structural issues, things can get disastrous and repairs can become difficult. Fortunately, Ram Jack is equipped to handle the unexpected. 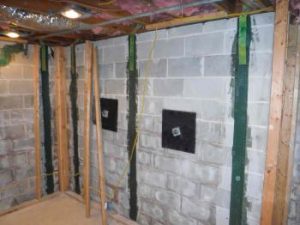 After a street-sweeper crashed into a house in Birmingham, Alabama, homeowners were left with severe structural damage. One of the exterior walls was penetrated, resulting in extensive foundation failure. The homeowners knew repairs were imminent, so they contacted Alabama Ram Jack. In order to repair the racked foundation, Ram Jack installed four helical tieback anchors inside using tieback wall brackets, as well as nine helical piles outside. Carbon Kevlar straps were also used to prevent bowing of the internal walls. In the end, the damages were repaired and the structure was stabilized. 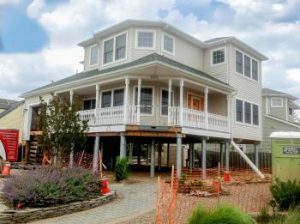 No matter how strong a foundation is, extreme forces of nature can greatly undermine that strength. Such was the case with one particular house in Ship Bottom, New Jersey. After Hurricane Sandy caused extensive and unforeseen damage, the home was left with severe structural issues. In addition, the home also fell under the new building codes in New Jersey requiring some houses to be further elevated due to potential future issues. Knowing that a structural solution was both wanted and required, homeowners contacted Ram Jack Tri-States to take a closer look. After talking over the damages with the homeowners, Ram Jack proposed using custom-built steel columns to stabilize the house. In less than a week’s time, Ram Jack installed a total of 27 of the steel columns after elevating the structure using beams and cribbing. In all, the house was lifted 8′ from the ground, providing ample elevation from future flooding.