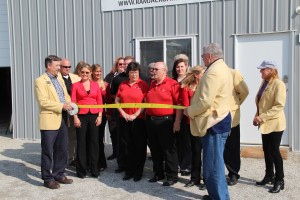 On April 21, Randy and Kathy Gibbs celebrated the 15 year milestone of Ram Jack Mid Missouri. The celebration was held at their new building located at 4725 E Meyer Industrial Drive, and was initiated by a ribbon cutting to signify the memorable day.

Originally, the couple established the business as Gibbs Company in 1993 and in 2000, they established Ram Jack as a division of that company, which was the beginning of a new journey. The company that began as a small family business has grown exponentially to become one of central and eastern Missouri’s largest foundation repair and basement waterproofing contractors, having provided services in many places such as Ashland, Columbia, Jefferson City and many others. Over 4,000 customers have been served by Ram Jack of Mid Missouri and the number is continuing to increase. 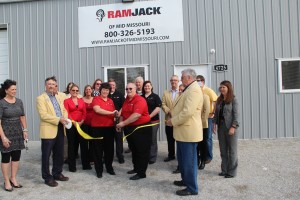 The first services they offered were solutions for uneven concrete surfaces, such as sidewalks and driveways, but these services have expanded to include waterproofing, piering, mudjacking, and their most recent addition, polyjacking, and these services are offered to both residential and commercial properties alike.

Although they realize how significant Ram Jack’s 15 year milestone is, Randy and Kathy Gibbs find that the biggest marker is the 25th anniversary of their blind date where it all began – and despite their differences, Randy gives credit of the company’s success to their “often melodious and sometimes chaotic partnership.” 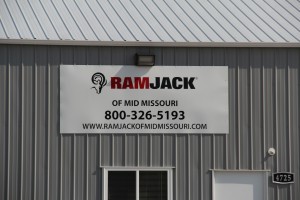 Over the years, Ram Jack of Mid Missouri has grown and gained reputation not only in the local community, but also all across Missouri, and the team there continues to serve customers and find solutions to protect homeowners from structural damage.