Protecting Your Foundation from Droughts 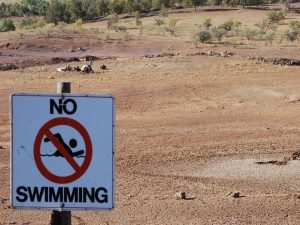 If you live in a warmer region, then you probably know how miserable droughts can be. Everything suffers from a lack of moisture, and one of those things is your foundation. During the hot and dry summer months, soils suffer greatly from the lack of moisture, causing them to become dry and shrink, which puts pressure on your foundation. Then, when rain finally does return, the expansive soils swell back, causing even more shifting in your foundation. Droughts can be greatly damaging to a structure’s stability, so here are a few ways you can help counter soil dryness.

During the summer, you should usually water the soil around your foundation more often than in other seasons – especially more during droughts. Take a look around the perimeter of your house and see if there are any cracks in the ground. If so, then the soils are suffering from a severe lack of moisture and will only continue to shrink, posing danger to the foundation. You should carefully water the ground near your foundation often until the cracks diminish.

Though you should usually water often, make certain not to water too much, as this can flood the soil and cause it to swell. Depending on what soils are present, watering around the foundation very much can cause the edges to rise, putting stress on the middle of the house and creating imbalance. Make sure not to water too much just because the soil is dry. Also, oftentimes during droughts, the city will set limits on how much water can be used each day. Always check with the municipal department to see if there are any restrictions for water usage during droughts.

Automatic sprinkler systems/soaker hoses can be installed to water the soils around your foundation and are convenient. An ideal method is to lay soaker hoses at least 3″ below the ground’s surface and anywhere from 12″ to 18″ from your foundation. Some even have timers to make regular watering easier. A good guideline for timing soaker hoses is twice a day for 15 minutes, but depending on the weather, these guidelines can change.